free shipping & free returns in the U.S.A.
learn about our 100 day challenge here.

our rowena silhouette, this time with ¾ sleeves and a v-neck. a pocketed merino dress in a flattering fit that wants to be worn every day of the week.

also available in a long version.

This dress has the pizzazz and vibrancy I was looking for. I hesitated to get my 4th wool& dress—but the true red of this v-neck swing dress convinced me.

Love the color, love the drape. Basically this is a perfect dress. The fabric is lovely and the workmanship is outstanding. LOVE this dress.

I love everything about this dress, especially the color, coral red, which is complementary to my skin tones, and the v-neck, which keeps my shoulders from looking too broad for my height. The length and fit are perfect—it doesn’t make me look like I’m wrapped in a bedspread and standing in a hole, as I often do in flowy, swingy dresses. I usually have to roll or push up my sleeves when I wash my hands or cook, but the 3/4-length sleeve is perfect, and I can even show off a nice bracelet or two. The fabric feels exquisite. I never want to take it off! 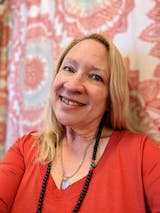 I love this dress! Very comfortable and versatile! I was worried about the v-neck but it turned out to be one of my favorite styles. I really like 3/4 length sleeves and that was an added bonus. All around an awesome dress, I wear it everywhere.

The only reason why I'm not giving Willow less than 5 stars is because she just wasn't for me, and even at that , is it really fair to give her less than 5 stars? The dress in itself was perfect: the material, the craftsmanship, but the swing style just wasn't me. I tried wearing a belt with her, but that made the dress a few inches shorter, so I then had to wear shorts under her and that's another layer to make this dress uncomfortable in the summer heat. I tried wearing her as is, but I just couldn't get used to the baggy swing style and I kept trying to make her more like the Brooklyn, which is more fitted in the waist. The Brooklyn is MY dress (and after a week of the challenge, the Brooklyn became available and I grabbed her and she's now my challenge dress. The fit of the Willow in the chest and arms was perfect, not too tight or too loose, but the swing at the bottom just wasn't me, that it's probably not the best choice for someone who is on the smaller/thinner/petitie side. I really tried to like her, but I felt like I was wearing a nightgown, and that's actually what she is for me, a very comfortable nightgown!

I'm really loving my Willow dress. I will give it a full 5 star but I've only habd washed it once but it has lost some color and that makes me sad. I really didn't know how much till I turned it inside out and saw the pockets had retained original color but the rest of the dress hadn't. I've been wearing her in the heat as pj's and she's so comfortable. I can't wait to wear my dress during the day, especially in the fall or winter. I'm being super careful not to snag or get stains on my dress. Always wearing an apron just in case when not wearing as pj's.
In the morning I spray my dress down with plain water to get out any wrinkles which really helps. You will not be disappointed in these dresses. Go for it.❤👍😃💥💪
I'm into day 13 or so of the challenge and the time is flying. I can't wait to get my challenge dress, probably the one with a scoop and short sleeves, and in black so I can wear it with anything. 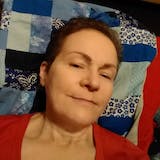 I'm a wedding officiant, and it's been difficult to find a classy and comfortable outfit for the 40+ weddings I do each year. I've finally found it, with my two wool& dresses. I wear them on hikes for mountaintop elopements at sunrise, to barns for casual ceremonies where the groom is wearing jeans, and to wineries where everyone is in cocktail attire. I really like how the cut of the dress flows around my curves, without specifically highlighting them :)
The only downside to the Gray Heather color, I've recently discovered, is that it *really* shows armpit sweat! Thus, the 4 stars for this particular purchase. Overall, super happy with this company's produts.

My name is Willow and I was SO EXCITED for the Willow Swing dress. Sadly, it is not flattering to a petite gal! I don't know why none of your dresses are fitted at all, but it would be nice to have a fitted top and flared skirt dress in your future!

Hi Willow! We're sorry to hear your namesake dress didn't fit as well as you had hoped. Have you looked at our Fiona, Brooklyn, or Ellie styles? We also have some dress styles that you may like in our upcoming styles section of the website. We hope you'll find a style you love that flatters you!

As with other reviewers, I find the just 39" length of the "longer" style of this dress still above my knees.
Please make a true tall version.
Thanks.

Thanks for your feedback! We're passing this along to the design team for future consideration.